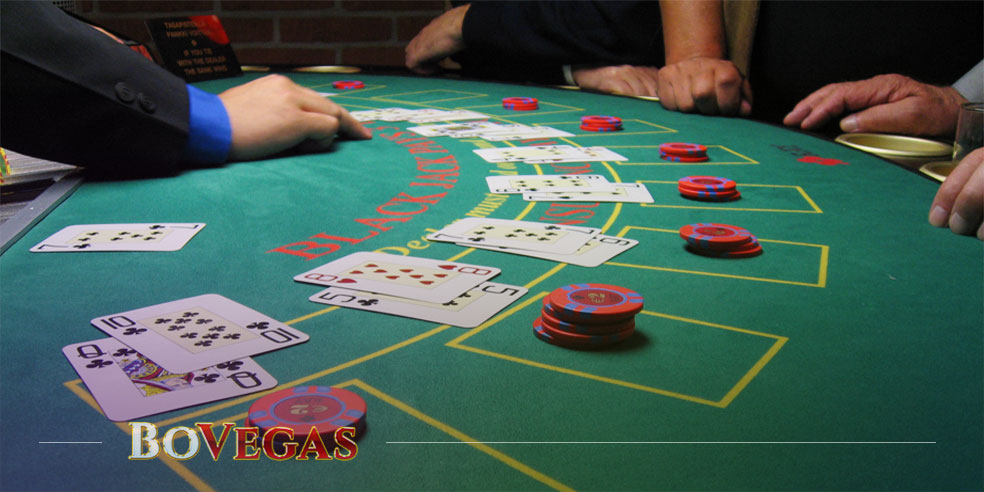 Blackjack has always been one of the most popular table games in casinos around the world. But ever since the famous MIT Blackjack Team decided to play blackjack for real money and finally broke the news with their incredible success, people from all around the world started wanting a slice of the pie.

Suddenly, the world has changed. Gambling wasn’t just for those that wanted to rely on good old dumb luck. Instead, you could go to a casino and use your skills to reliably win more money than you lose. In fact, with a good enough investment, you would be capable of earning hundreds of dollars per hour of play! The history of blackjack tells us that, as a result, casinos declared a covert war against card counters. In fact, some casinos used to resort to physical assaults to deter them. On the other hand, some jurisdictions have placed legal restrictions on the casinos’ countermeasures against skilled players. For example, New Jersey limits such measures on the on legislative level, so that skilled players still have the chance to implement these techniques and make jack.

But card counting is not as easy as we might think. To master it, it will take a lot of time, effort, dedication; what’s more, a good card counting guide wouldn’t go amiss. For some, it’s just not worth it. But for others, it represents the noble cause of beating the house and walking away with a lot of money.

So let’s see the basic principles behind counting cards in blackjack.

The game of card counting starts with you assigning a value to the deck you want to play with. Of course, the value itself starts out as a zero. But every single card has a rank that can be -1, 0, or +1. There are three ranges of cards you want to keep in mind while counting: 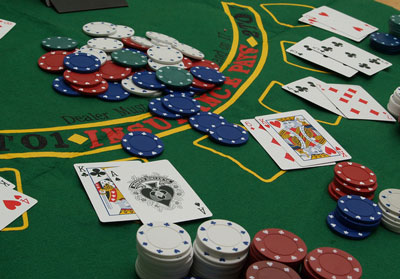 The game of Blackjack starts with a shuffle. As soon as the cards get shuffled, you can be sure that the value of the deck is back at zero. That means that there are exactly as many high cards as there are small cards. The entire point of the value system is to see if the count is becoming positive or negative.

So while you’re focusing on the cards that get dealt, you are actually measuring the value of the undealt, remaining cards.

For example, if one round with two players shows a K and a J for one player, a 5, a 4, and a J for the dealer, and a 6, a 3, and a Q for the second player, you can quickly calculate if the count is positive or negative. As you can see, there are no “0” group cards. So just count the highs and the lows. There are four highs and four lows in this particular round. That means that the count remains unchanged — the only thing you can conclude is that the odds of you drawing a 7, an 8, or a 9 will increase.

But let’s imagine the exact same hand, but the first player (the K, J one) has 6, 6, 8 instead. What would happen to the count then? Well, instead of having an equal number of highs and lows, we would have only 2 highs and 6 lows, making it a +4 round. That makes the next round very likely to offer the player an advantage.

What to Do with That Information?

Now, we want to be perfectly clear about this — if we imagine a scenario where you play through an entire deck of cards (a single deck), the odds are that you will win as many hands as you will lose. In fact, even with good card counting, you will commonly see yourself losing more hands than you win.

So if this won’t help you win more hands, how can card counting actually help? Well, the answer to that question is rather simple. All you need to do is control the bet size. When the count is positive and your odds are good, bet more. When the count is negative and the dealer is the one with the better edge, bet less.

A “betting unit” is a term that card counters use to describe their basic bet size. The size of a betting unit is equal to the minimum bet at the table you want to play at. So if the minimum bet is $5, that is the value of your betting unit. The main reason for using the term “unit” instead of just speaking in terms of money is probably the fact that it is quite difficult to bet incredibly large sums of money when the count is good. However, you can easily bet 16 units if you don’t treat that bet as being equal to $160. And remember, if the math is good, the bet will probably stand on its own legs. Learn to trust yourself when doing so!

But then again, you don’t want to risk too much money on a single hand. Realistically, the count will not get to the positive value that would justify you risking more than 8 units. After all, even a really high count can lead to you losing the hand.

For that reason, the rule of thumb is to never bet more than a quarter of your stack per round. After all, you want to make sure to always have enough money both for splitting and doubling down.

So how many units should you bet? The answer is simple — get your count, subtract 1 from it, and bet that many units. So if your unit is $5 and the count is +5, you should bet 20 dollars. Can it be as simple as that? Well, yes; and no. It’s time to mention the true count.

The odds of finding a casino that only uses a single deck for blackjack are slim to none. So you need to figure out exactly what the true count for your game is. Remember, it’s hard to get the true count right if you don’t know how many decks there are.

For starters, you have to know how many decks the casino uses in a single shoe to understand how to read cards in blackjack. Then, you need to check how many decks were already discarded. Then, simply calculate how many decks are still in the game. So for example, if the casino uses 8 decks and you can see four decks in the discard tray, you can see that there are exactly 4 decks left. From there, take your count and divide it by the number of decks left. In this particular case, you would have to divide your count by 4. Then apply the same system to the number of units you should wager.

Card counting is probably the most popular playing strategy for reducing the house edge to just 0.5%. And with a bit of effort, blackjack players can use card counting strategies to make the game even favor the players instead of the casino. However, if you are going to play blackjack online for real money, you should stick to another strategy as this one is useful only at land-based venues. Online blackjack for real money is more about luck because of its dealing approach; it is arranged in such a way that each time you get a card the program deals it from a full deck – as if it was new “untouched” one.

There are a couple of casino games that have become inherent to the whole concept of a casino and always pop up in your mind whenever you think of gambling: poker, roulette, craps, blackjack, and slot machines. These bad boys are all featured in every land-based and online casino in the world, and they usually […]

If you’ve run out of exciting table games to play, you should choose craps. Every modern casino has several craps tables. If you’re already in a casino, just head for the screams: that’s where you’ll find the craps table. It looks like something between a bathtub and a billiard table without pockets, with a rather […]

Gambling has always been under the keen attention of governments. They either wanted to impose enormous taxes or ban it completely. As a result, casinos were looking for ways to escape the restrictive local legislation. And, when there was no Internet, gamblers had to seek different ways to play. From riverboats on paddlewheels to large […]

Some Important Features of a Skilled Gambler

Who is Isildur1? Why is Fedor Holz that much successful? Why is Dan Bilzerian famous? Why is Phil Ivey so popular? Successful gamblers come from all walks of life. They need not resemble each other in their perception of the world or in their characteristics. In fact, they could be complete opposites of each other. […]